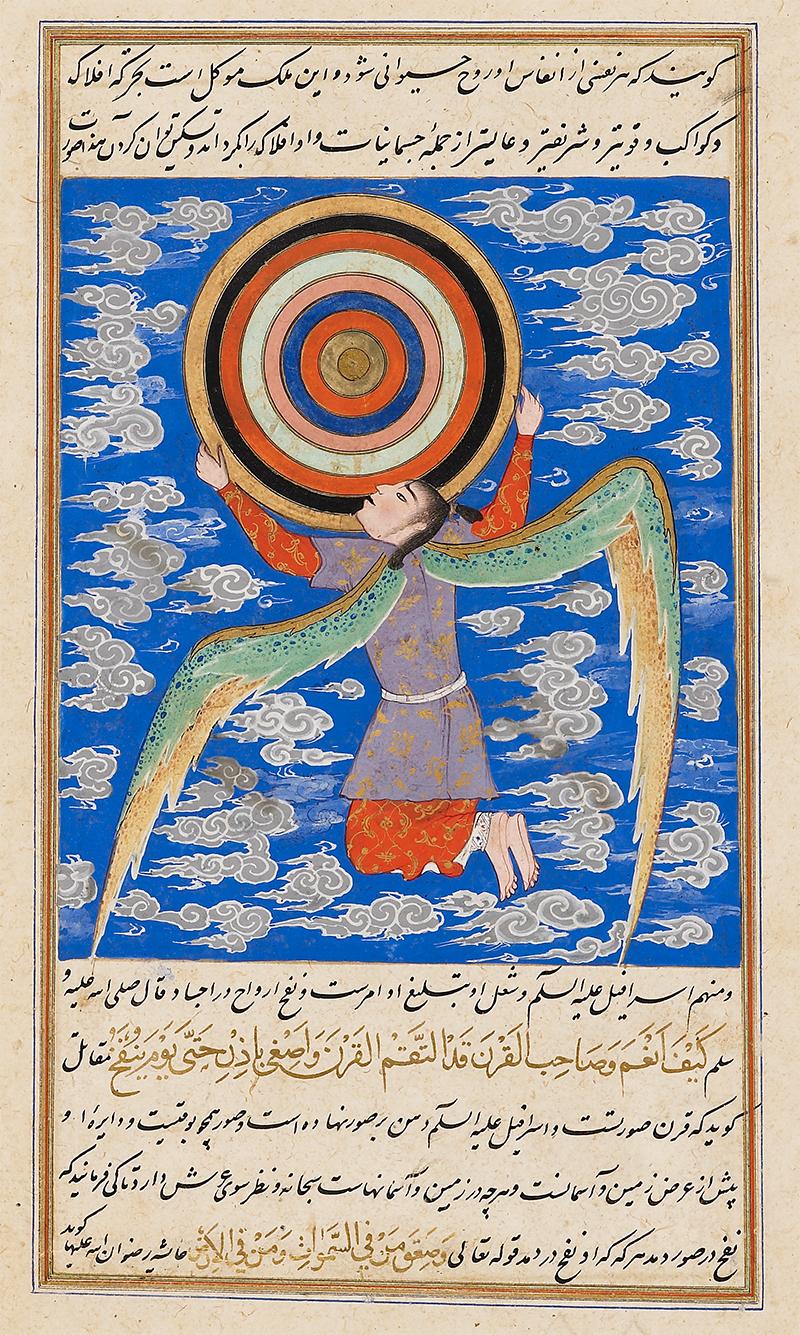 This illustration of the angel Ruh originally belonged to a manuscript of The Wonders of Creation and the Oddities of Existence; an exploration of the marvels of the universe written by cosmographer and geographer Zakariya ibn Muhammad al-Qazwini (1203–1283).

The wonders of Creation was widely reproduced across the Islamic world, and consisted of two main parts. The first dealt with the heavenly spheres, discussing angels, constellations planets and calendars. The second was devoted to the earthly realm, describing the elements, minerals, plants and living beings, including humans.

This illustration comes from part I of the manuscript. There are a number of angels in Islamic tradition, many of which are associated with specific activities and events. Ruh, which translates literally to spirit, is amongst one of the greatest angels and is said to know the order of the spheres and the elements, and to act on the movement or stillness of things upon God’s command.

The style of this illustration of the angel Ruh suggests that it was produced in Western Iran in the late 1500s.