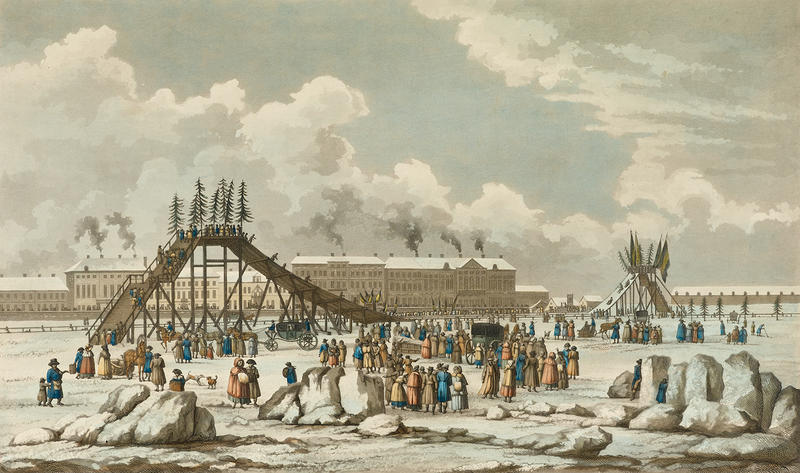 Ice mountains, or slides – ancestors of the modern roller coaster – first appeared in Russia in the 17th century. Built in public squares, often near ice-covered rivers, they were especially popular in St Petersburg. Catherine the Great, Empress of Russia from 1762 to 1796, loved them so much that she had several constructed on her estates.

Built of wood, they could be over 20 metres high and 60 metres or more in length, accommodating several sledges at a time. These sledges were cut from solid blocks of ice, with straw for a seat, and a rope attached for people to hold on to as they slid down the 50-degree drop at breath-taking speeds. In 1855 these 'slippery declivities' were described as an amusement enjoyed by prince and peasant alike.

This print was produced by Michel-François Damane-Démartrais (1763–1827), a French artist who spent nine years living in Moscow and St Petersburg between 1796 and 1805. Taught by Jacques-Louis David (1748–1825), Damane-Démartrais was best known for his aquatints of the pleasure gardens and palaces of imperial Russia (1811), and especially for his views of the new Parisian boulevards (1818). 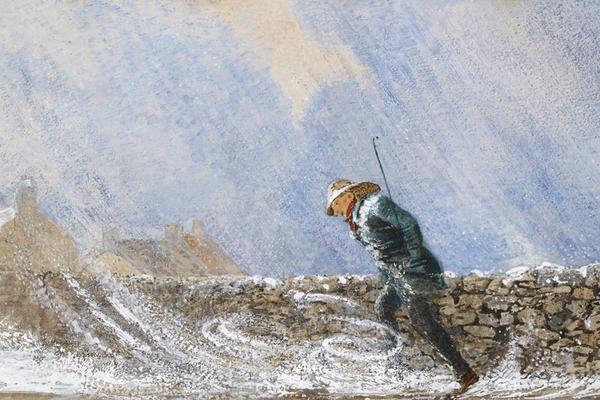 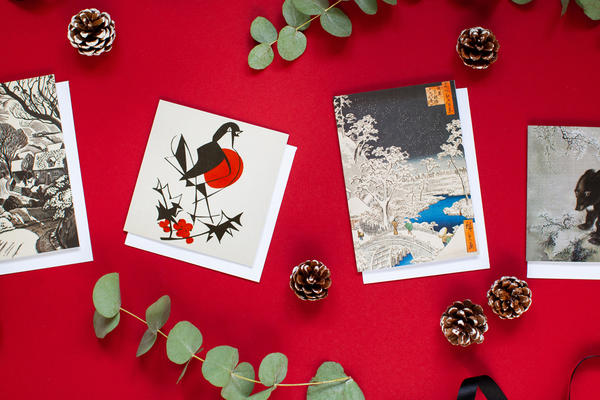 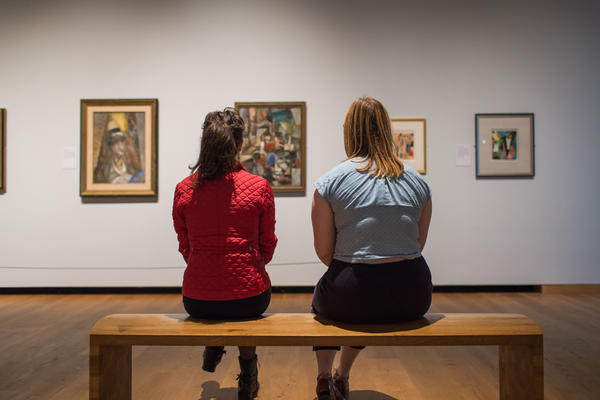 With priority booking, exclusive previews, and unlimited free entry to every exhibition, Membership is the gift that keeps on giving.

Discover our wonderful range of exclusive gifts, jewellery, cards and decorations, inspired by the Museum collections