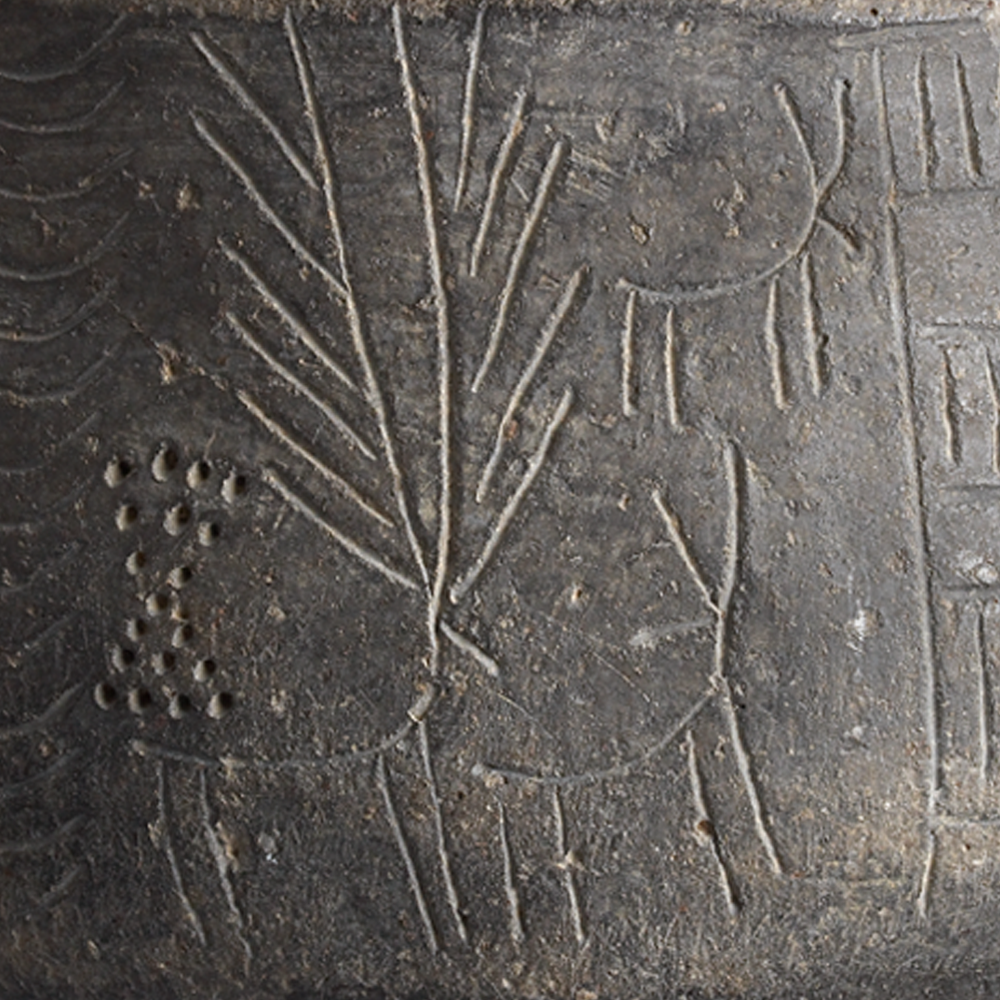 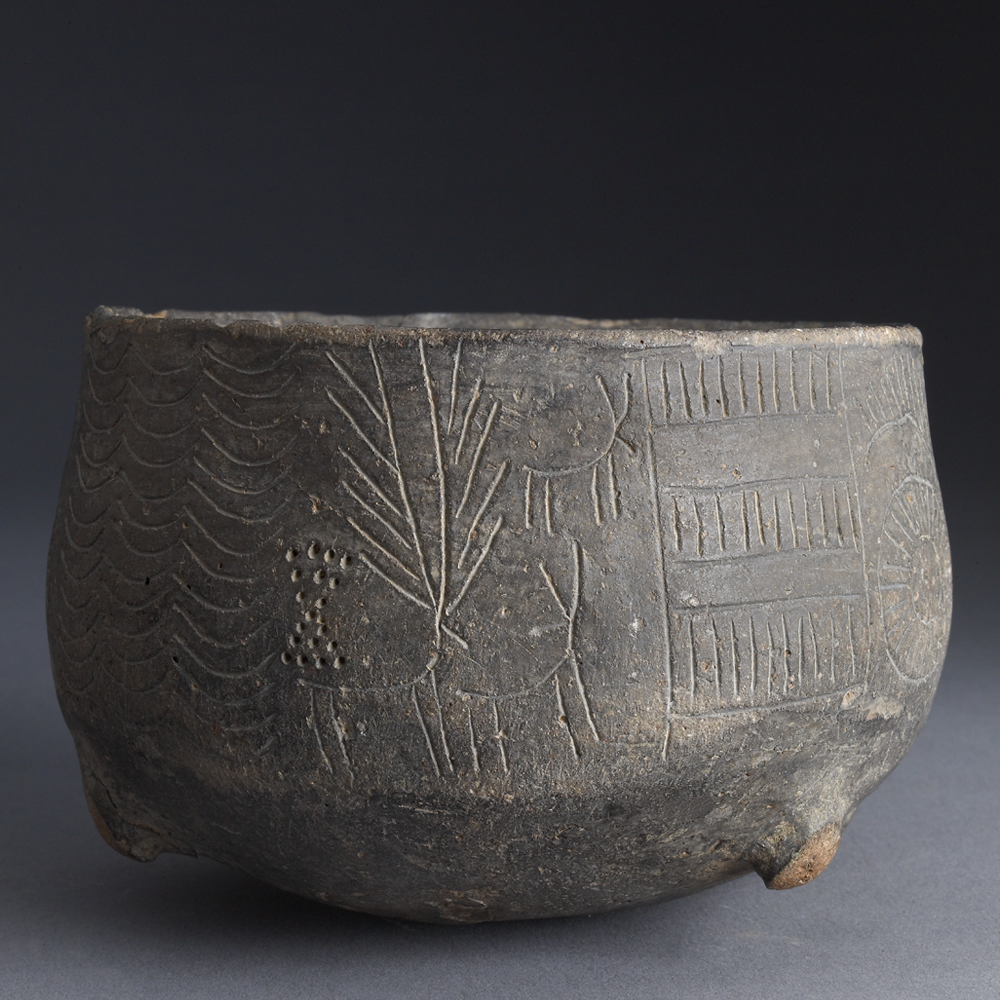 This decorated ceramic bowl was excavated from a collective grave at Los Millares in Spain and dates from the Iberian Copper Age which began about 3200 BC. It is decorated with deer, geometric patterns and stylised eyes which have all been carved into the surface of the bowl.

Los Millares was a large and important settlement during the Copper Age, and is one of the earliest sites in Spain where metalworking took place. The meaning of the deer and eye motifs is unknown but they are not uncommon and must have had significance for Los Millares people. Some researchers believe that the eye symbol may be related to the sun. Another interpretation is that it may represent an owl.

The bowl is on display in our European Prehistory Gallery which focuses on the prehistoric peoples of Europe and explores what can be learned about them from their surviving material culture. Prehistory refers to the time before written records. There are few written accounts of the people of Europe before the growth of the Roman Empire bought literacy to most of the region by AD 100, and most of our knowledge about prehistoric Europe is derived from archaeology. 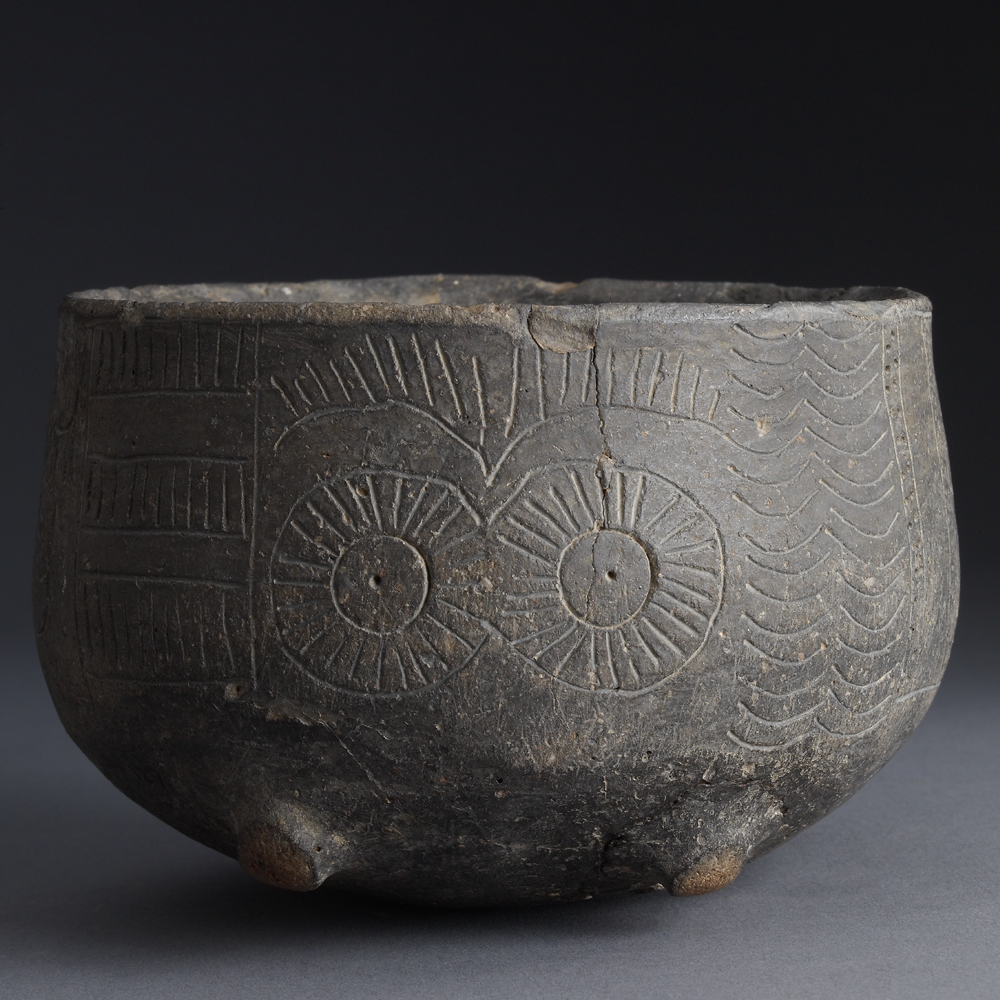 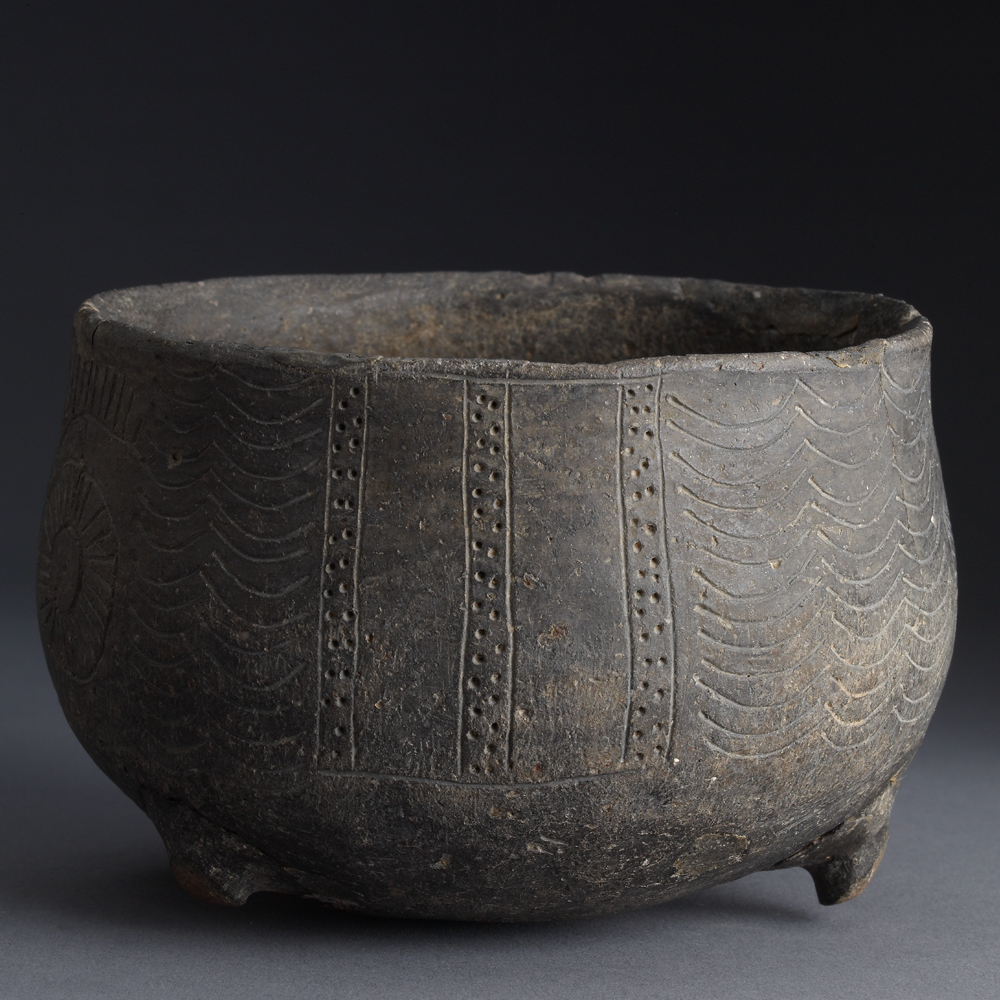