Short course: a series of three talks about Laura Knight

Dame Laura Knight (1877–1970) was a successful British artist who cast her own original light on the whole of society at a time of perpetual flux and upheaval. 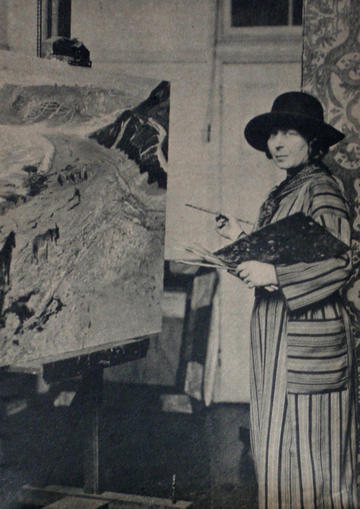 In these three talks, Tim Wilcox will consider Laura Knight's struggles for recognition in a male-dominated art establishment, while exploring the bravery with which she shaped her own career as a woman artist.

With the themes of ‘Women’, ‘Men’ and ‘Others’, each talk is built around networks of personal relationships, examining how Knight’s strong self-awareness empowered her to negotiate the challenges of the British art world in the early 20th century.

Embedding herself in many marginalised communities, whether impoverished fishermen, gypsies or circus performers, Knight exposed her own passionate humanity, and made questions of identity, community and self-worth central to her artistic mission.

This event has now taken place.

View other events at the Ashmolean Museum