LIVEFRIDAY: WILDERNESS IN THE CITY 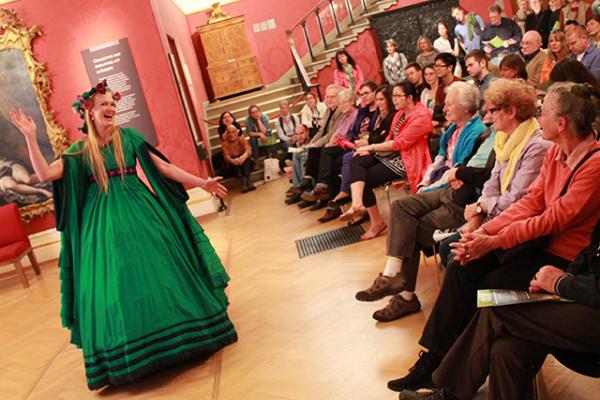 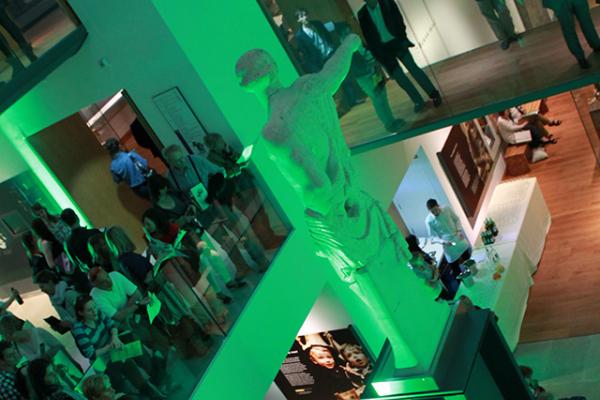 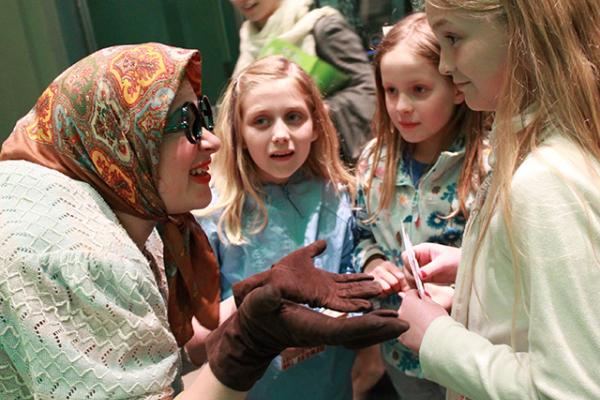 The award-winning Wilderness Festival stepped out of the wilds to create an enchanting evening of musical performances, theatrical spectacles, literary symposiums, workshops, magic and games at the Ashmolean. Wilderness programmed activities drawing from ancient arts inspired by nature and a love of adventure central to their ethos. We immersed ourselves in the barefoot freedom of Wilderness in the heart of Oxford and enjoyed an unforgettable journey through the arts in the Ashmolean.

Petersham Playhouse displayed their Jabberwocky relics and conducted a hunt around the museum for the forthcoming LiveFriday, whilst Temple Theatre took over the Cast Gallery with theatrical antics culminating in grand classical style festivities. Visitors learnt to expect the unexpected from The Village Hall, a committee of eccentrics and eclectics who brought a touch of lunacy and jest to the evening's proceedings. There were also the opportunity to pontificate over a Philosophy Slam with Robert Rowland Smith and Mark Vernon, aka The School of Life.

Visitors were able to discover ancient British Shamanism and a different way of interacting with the world whilst experiencing archaeology up-close and personal with the Shamanic Street Preachers. As Wilderness weawed its way in and around the Ashmolean's galleries visitors were offered the chance to get wild, creating their own personal 'Shaman style', discovering their iTribe, reaching an altered state of consciousness, and exploring the link between one's minds inner eye and ancient art. This is Guerilla Archaeology inviting visitors to get down and dirty with the past in one of the world's oldest museums!

Yes, Merry England really did exist! Tom Hodgkinson (editor) and Michael Tyack (musician) of the Idler Academy presented an informal musical lecture on Merry-Making transporting visitors back in time to the Middle Ages exploring the festive culture of pre-Reformation Britain. In another gallery Siobhan Davies Dance presented a work entitled Songbook 2010, composed by Matteo Fargion. Originally made for Siobhan Davies Dance as part of Rotor, this new composition reflects Fargion's love of rhythm, counterpoint and the absurd. It is a fast and illogical score performed by four dancers, featuring too many words, sounds and movements, that the feat seems virtually impossible.

Performing a wide range of genres from revitalised classics to exciting new writing, from comedy to drama, The Baroque Theatre Company have a mission to generate a "renaissance" in local theatre. For this LiveFriday they played the harpsichord in full Baroque period dress, whilst elsewhere in the museum local man, George Chopping, of George's Jamboree of Music, Poetry & Comedy...Possibly, recited poetry; there were  performances by Oxford University Dramatic Society, and BBC Oxford Introducing presents Rainbow Reservoir, an Oxford-based band founded by American ex-pat and saxophonist Angela Space. Rainbow Reservoir's musical influences include Silver Jews, Eels and Magnetic Fields as well as the timeless dulcet sounds of the Kinks and the Beatles.

In short, there was something titillating for each and everyone's celebratory taste buds at the Ashmolean's extraordinary exploration of festivals through the ages!