The works in this gallery illustrate the extremely varied styles of painting which developed in the 19th century. During this period many artists renounced the conventional training of the academies which was based on the detailed study of the human figure. Artists became increasingly conscious of the art of the past and used it to develop new means of expression.

Works on the far end wall by J.M.W. Turner show the artist’s expressive approach to landscape painting. In contrast is his watercolour of The High Street, Oxford which was commissioned by the Oxford framemaker and printmaker, James Wyatt, to produce a print to sell to academics, students and tourists as a memento of Oxford. The view is still instantly recognisable today and the painting shows a preciseness of architectural detail rarely seen in Turner’s works.

The right-hand wall features works by Samuel Palmer and ‘the Ancients’, a group of artists working between 1826 and 1834 in the Kent village of Shoreham who were particularly influenced by the work of William Blake and concerned with portraying an idyllic rural countryside untouched by effects of the Industrial Revolution.

Frederick Leighton and G.F. Watts, whose works are shown on the opposite wall, brought new attention to the myths of Greece and Rome. As the century progressed the range of subject matter expanded and scenes from the lives of ordinary people became more common.

John Singer Sargent (1856–1925) is best known for his Victorian and early-20th-century portraits, but he also relished opportunities to paint landscapes and architecture as a break from his usual subjects. His painting A Balustrade of a marvellous sweep of baroque steps in Rome with a background of blue sky and sunshine shows he was well able to capture on canvas complex perspectives as well as society beauties. In contrast to this burst of Italian sun, another architectural study by the Scottish artist James Ferrier Pryde hanging nearby illustrates the grimness of an Edinburgh tenement in the war years.

Before you leave the gallery take a moment to look at the wonderfully expressive large bronze of the brooding hunched, seated figure of winged Satan by the French sculptor Jean-Jacques Feuchère. 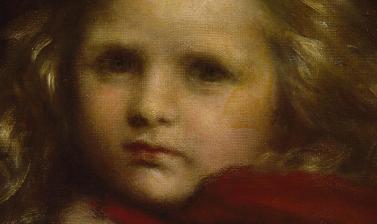 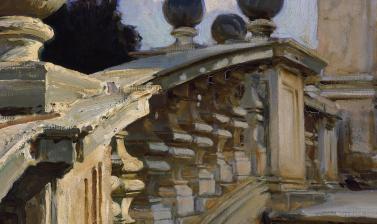 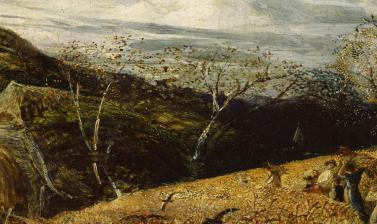 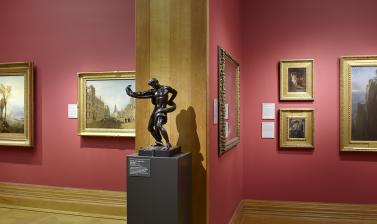 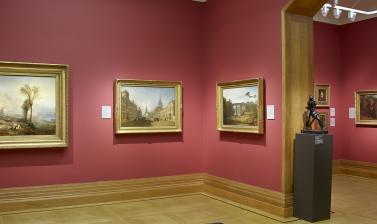 Want to view the other galleries on the third floor?