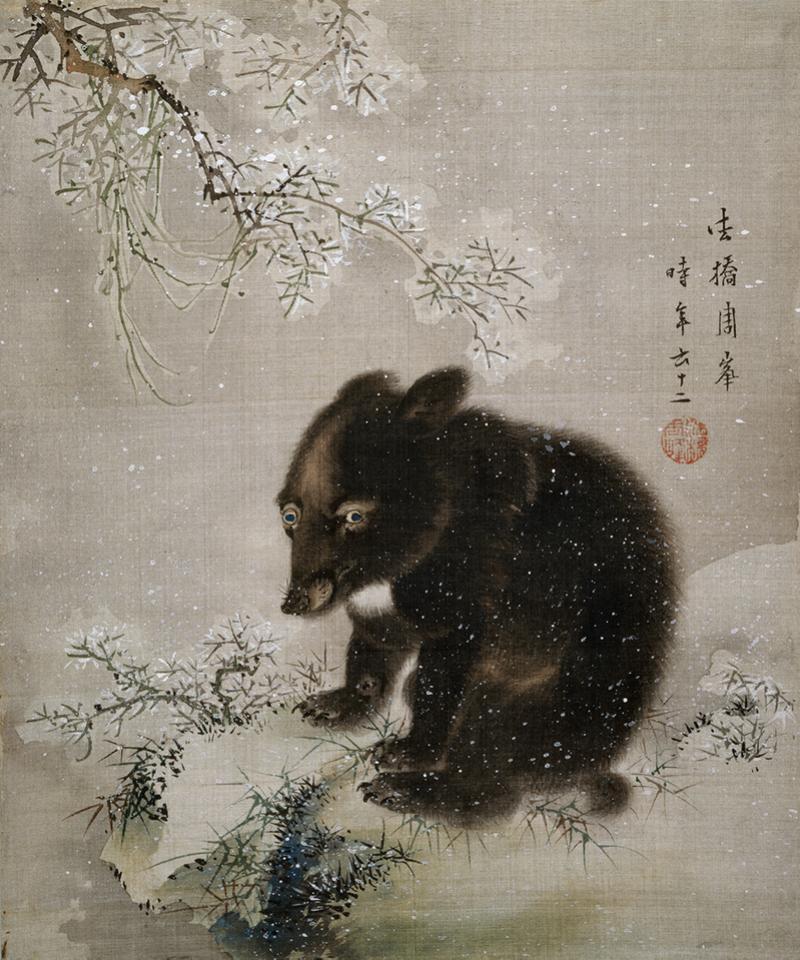 This painting of a black bear cub in the snow is by Japanese artist Mori Shūhō (1728–1813). The small bear with blue eyes looks directly out at us as he sits uneasily on a ledge amid the snowflakes.

Shūhō was a member of the Mori school of painters who specialised in lifelike, endearing depictions of animals. He was the elder brother of Sosen (1747–1821), the famous painter of monkeys.

Though less well regarded than his brother, Shūhō was a respected and prolific artist in his hometown of Osaka. This painting is signed ‘Hokkyō (Bridge of the Law) Shūhō', and was done before he attained the highest honorary rank of hōin (Seal of the Law).

Shūhō often wrote his age after his signature, as done here, making it possible to chart his career quite closely. He painted this work when he was sixty-two.

This work actually comes from an album of paintings and calligraphy by various artists - an artistic trend which was popular in early-19th-century Japanese art. These albums were made for all sorts of reasons; to celebrate someone’s venerated old age, to wish a friend farewell, for an exhibition; or to commemorate a meeting or visit. 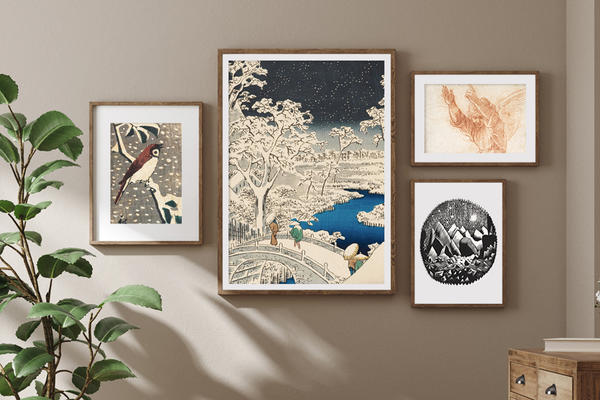 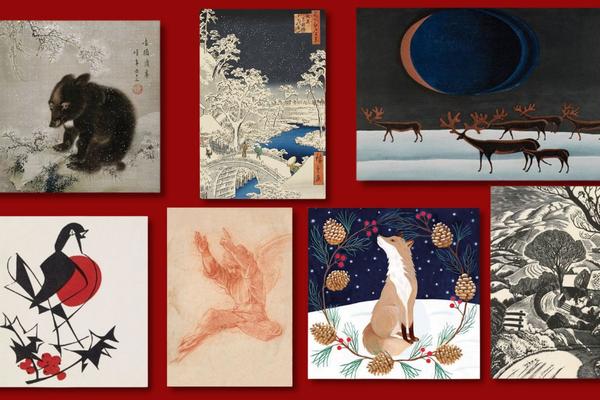 Shop our range of Christmas cards and calendars, including packs designed with traditional Japanese woodblock prints.

Order by the end of 11 December for Christmas delivery

We've turned some of our treasures into online jigsaw puzzles. Enjoy our winter selection.