At the entrance to the Dynastic Egypt and Sudan gallery you will see a case containing a large red pottery lion, modelled with a striking mixture of realism and stylisation (particularly in the treatment of its mane). This may have served as a guardian in front of an early building at Hierakonpolis.

Other displays in this gallery chart the progress of ancient Egyptian culture from the funerary concerns of Old Kingdom officials (c. 2575–1975 BC), through the monumental building projects of Middle Kingdom kings (c. 1975–1640 BC), to Egypt’s relationship with other civilisations on its borders (to c. 1540 BC). The display of an entire Pan-Grave burial assemblage in this gallery gives a striking insight into one of the often over-looked cultures on the periphery of Egypt.

The centrepiece of the gallery is the Shrine of Taharqa, which is the only pharaonic building in Britain. It was originally built around 680 BC as part of the temple complex at Kawa in Nubia (ancient Sudan) which had been restored by the Pharaoh Taharqa. In its original state the carved sandstone reliefs would have been painted in bright colours, but after the temple had been abandoned the combination of wind and sand took its toll.

This shrine was built by Taharqa in honour of the god Amun. The head of a half-life-size statue of Amun carved from dark brown quartzite is displayed in a separate case near the shrine. In order to try to convey its original setting in the temple complex, the footprint of four columns has been incorporated into the gallery layout following the curved indents in the wall of the shrine. The shrine was dismantled and brought back to Oxford in 1936 in hundreds of wooden crates and rebuilt where you see it now, on a foundation two metres deep to hold its enormous weight.

The life-size statue of the Ram of Amun, positioned in the opening through to the next gallery, would have originally flanked (along with its companion) one of the thresholds in the temple complex. The base is carved with a hieroglyphic inscription proclaiming Taharqa to be the son of Amun. A small figure of Taharqa stands protected under the ram’s chin. 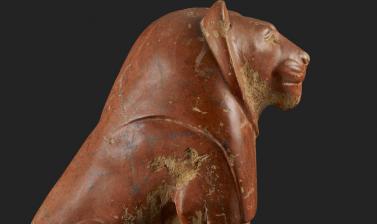 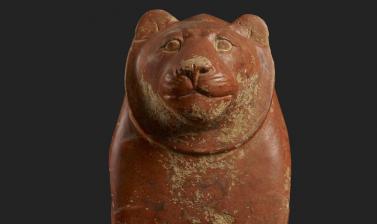 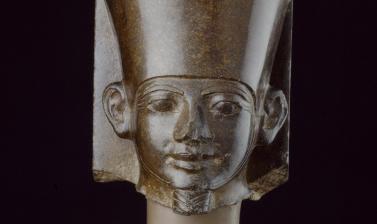 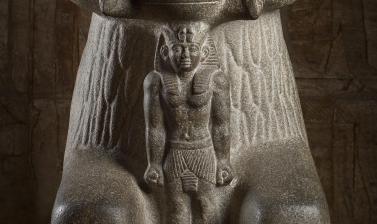 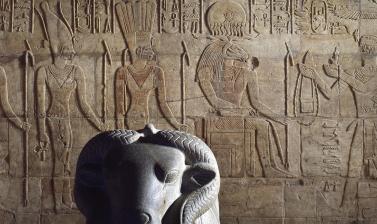 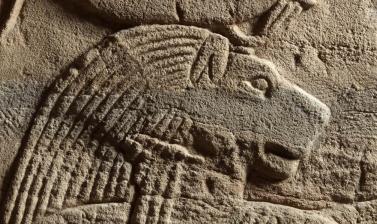 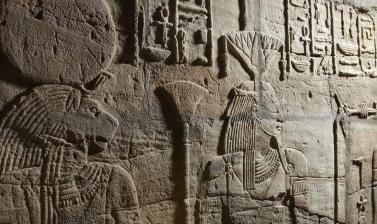