By An Van Camp
Curator of Northern European Art -  Paintings, Prints and Drawings.

Despite the building having been closed from March until August, the Ashmolean is delighted to have secured a major acquisition during lockdown. With funds from Art Fund and the Noelle Brown bequest, a stunningly large watercolour by the French artist Élisabeth Sonrel has been purchased and added to the collection.

Élisa-Marie-Stéphanie-Adrienne Sonrel (1874–1953), more commonly known as Élisabeth Sonrel, most likely received her early training from her father, who was an amateur artist in Tours, France.

Although she showed great artistic promise, as a woman Sonrel was not allowed to enroll at the state-funded École des Beaux-Arts in Paris, which was the most prestigious art school in France. It was not until 1897 that women were finally granted access to the École. When Élisabeth moved to Paris in 1891, she joined one of the few private art schools, the Académie Julian, which had been allowing women since 1880. There, she studied with the well-respected painter Jules Lefebvre (1836–1911), who also ranked Fernand Khnopff and Félix Vallotton among his more famous pupils. At the Académie Julian, aspiring female artists received the same training as their male counterparts, even though it was  in separate classes and studios. 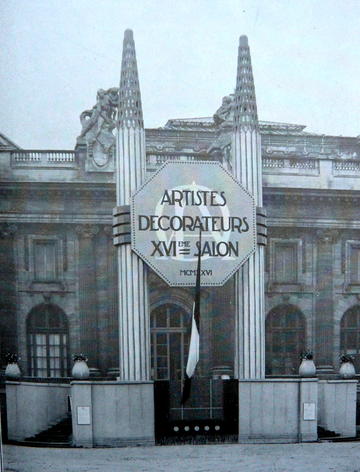 Sonrel’s diploma (or graduation) work – currently kept at the Musée des Beaux-Arts in her hometown – was submitted at the early age of eighteen and reveals just how precocious she was.

Her talent was soon recognised by her contemporaries in Paris and she quickly became one of the few selected women to exhibit at the prestigious Salon des Artistes Français, an annual exhibition showcasing national talent, which is still being organised today. Sonrel frequently submitted work to the Salon between 1893 – when she was not yet 20 years old – and 1939.

Testimony to her talent, her 1895 painting Le Sommeil de la Vierge (The Sleep of the Virgin) was awarded the Henri Lehmann prize (worth 3000 francs) by the Académie des Beaux-Arts. This was a French prize awarded every three years to reward academic excellence by an artist under the age of twenty-five. The painting was subsequently acquired by the French president at the time, Felix Faure, and after his death it was shown at the Exposition Universelle, the World Fair held in Paris in 1900, which was a showcase for Art Nouveau. Sonrel’s painting was so much admired that it won a bronze medal there.

Sonrel remained unmarried and died in 1953 at Sceaux, a southern suburb of Paris where she had lived since 1895 with her parents.

During her successful career, Sonrel became popular for her magnificent Art Nouveau posters and large watercolours featuring idealized women. She was heavily inspired by Italian renaissance painters such as Sandro Botticelli, as well as the nineteenth-century British Pre-Raphaelites and French symbolist artists. Like the Pre-Raphaelites, she was deeply fascinated by medieval legends, in particular the Arthurian romances and Dante’s Divine Comedy, and her meditative portraits of women were clearly inspired by the famous Pre-Raphaelite models immortalised by the likes of Gabriel Dante Rossetti and Edward Burne-Jones. Her earlier works, however, straddle symbolism and Art Nouveau with a fascination for devotion and piety. The Ashmolean’s new acquisition, Les Rameaux, is a stunning example of this. 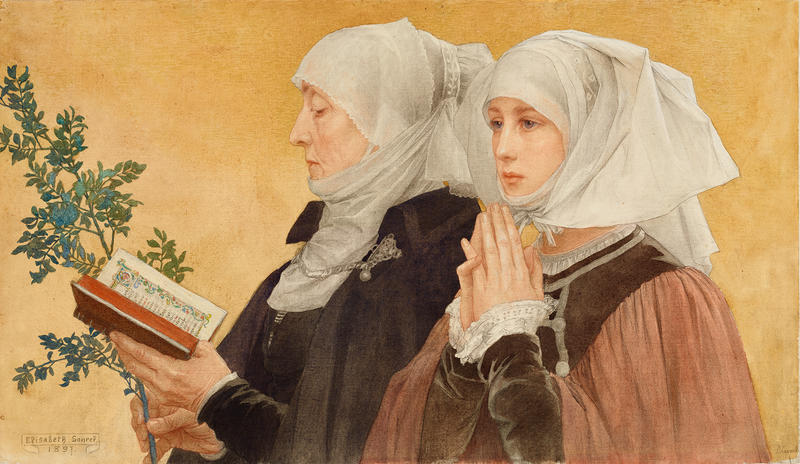 Fully signed and dated by Sonrel in 1897, the watercolour Les Rameaux portrays two women set against a golden background. They are perhaps a mother and her daughter, and are shown in prayer. While the older woman is focused on her prayer book and holding a branch (hence the title of the work, The Branches in English, referring to Palm Sunday), the younger woman appears to be lost in her thoughts. 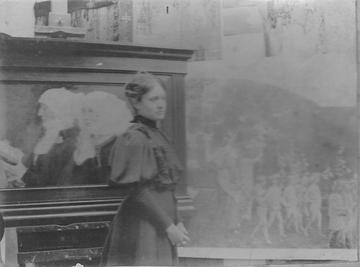 Sonrel at the Paris Salon in 1897, Copyright Vincent Lecuyer

Sonrel has drawn both women with utter mastery, using thin layers of brown watercolour to imitate the soft velvet of their cloaks and rendering their veils in the most delicate and tactile manner. The setting against a plain golden background evokes a mystical atmosphere, typical of symbolist art. The poses of the women are in fact loosely based on those in the Darmstadt Madonna, an altarpiece painted by the German artist Hans Holbein the Younger around 1526. Sonrel might have known this through the many reproductive wood engravings published in the 1870s and later.

Sonrel can be seen in this photograph taken in 1897 at the Salon in Paris, standing in front of her painting of the same subject as Les Rameaux. It is likely that Sonrel made the watercolour after the painting’s success at the Salon.

Women Artists in the Ashmolean’s Collection

Les Rameaux has now joined the Ashmolean’s world-class holdings of French art, including over 4000 prints and 1500 drawings in addition to the world’s largest collection of Impressionist works by Camille Pissarro and his descendants. Only few of these, however, are by female French artists: a handful of drawings by the Impressionist Berthe Morisot and almost forty engravings by Claudine Bouzonnet Stella, who lived in the seventeenth century. With one of the Ashmolean’s collecting priorities being a focus on women artists in order to bring greater diversity into its holdings, the acquisition of this drawing is a very exciting development.

Other works by women artists represented in the collection are a small but impressive group of seventeenth-century still-life paintings by the Northern artists Clara Peeters and Rachel Ruysch and an important group of nineteenth-century drawings by Pre-Raphaelite artists such as Elizabeth (Lizzie) Siddal and May Morris.

Near-contemporary examples to Sonrel are works in the Ashmolean by Anna Alma-Tadema and Eleanor Fortescue-Brickdale. 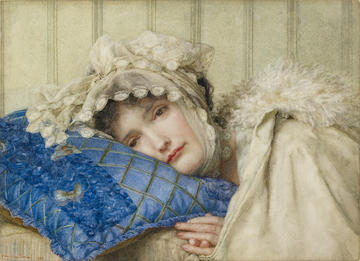 Anna Alma-Tadema, Girl in a Bonnet with her Head on a Blue Pillow, 1902 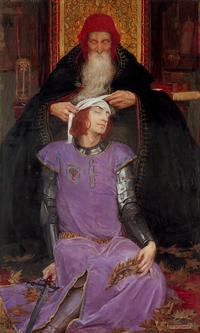 Eleanor Fortescue-Brickdale, Time the Physician, before 1900

Although Élisabeth Sonrel was certainly known and even admired during her lifetime, it is only in the last twenty years that her work has again received the attention it deserves. Most of her works are, however, kept in private collections, with only a few in French museums. Art by Élisabeth Sonrel had not been represented at all in British public collections, but hopefully this recent acquisition by the Ashmolean will introduce new audiences to this talented artist.