If you've ventured up to the very top floor of the Ashmolean, and found yourself in the Sickert and his Contemporaries Gallery, you may have spotted a striking portrait of artist Ethel Sands painted by Walter Sickert.

When I first wandered into the gallery, the portrait grabbed my attention immediately. Ethel stares confidently and happily at you; her gaze invites you in and makes you feel welcome. I left the gallery wanting to know more. Who was Ethel Sands?

Sands moved to Paris to study painting under Eugène Carrière in his studio. She was inspired by Edouard Vuillard and Walter Sickert, painting mainly interior scenes. In 1907 she was invited to become a member of the Fitzroy Street Group, and to exhibit paintings with them. However, she was shunned by her friends from the Camden Town Group, who refused women entry to the group. Sands was one of the artists that founded the London Group whose first show was in 1913. Eventually, Sands became established enough to have a show dedicated to her works.

Ethel Sands met her partner, artist Anna Hope Hudson (known as Nan), when she was just 23 years old. The pair met in Paris in 1893, where both of them had moved to pursue studies in fine art. Their relationship lasted 64 years, and was spent between England and France until Nan’s death in 1957. Their relationship was oftern referred to as a 'lifelong companionship' or, as Wendy Baron writes, ‘they were basically two independent, individual women, whose mutual love and understanding rescued them from the loneliness of spinsterhood’ (Miss Ethel Sands and Her Circle, 1977). However, as time has passed, LGBTQ+ histories have been rightfully better recognised and many same sex relationships have come to light, including Sands's and Hudson's who were both openly Lesbian.​​​

Sands was passionate about helping others, and tended to injured soldiers during the First World War. She then went on to establish a hospital with Nan in France, which, unfortunately, had to close down. Both Ethel and Nan continued their nursing efforts in France and England, and Sands served as a nurse once again during World War II.

Sands was also a factory forewoman and would have overseen the daily work of an entire factory, much like a manager or supervisor. The British factory she worked for made overalls during the First World War which would have been worn by other women working in munitions factories, known as ‘Canary Girls’ or ‘Munitionettes’. Women factory workers helped to keep the British economy stable while so many men were away at war.

Sands was friends with one of the most important modernist authors: Virginia Woolf. Woolf was inspired by Sands and wrote a sketch about her called 'The Lady in the Looking Glass: A Reflection'. In it she wrote about a time she saw Sands come “in from the garden” and neglect to read her letters…

"Her mind was like her room, in which lights advanced and retreated, came pirouetting and stepping delicately, spread their tails, pecked their way; and then her whole being was suffused, like the room again, with a cloud of some profound knowledge, some unspoken regret, and then she was full of locked drawers, stuffed with letters, like her cabinets."
– from The Lady in the Looking Glass: A Reflection by Virginia Woolf

It's clear that Ethel Sands was a talented and ambitious woman. She was fortunate to grow up in a wealthy family but faced adversity living as a Lesbian woman in the 1900s. She built a succesful career as an artist despite being dismissed for being a woman; she saved lives serving as a nurse throughout both World Wars; she worked hard as a factory forewoman during WW1; and she inspired one of the greatest modern authors, Virginia Woolf.

A selections of artworks by Ethel Sands can be viewed on the Art UK website, including A Dressing Room which is in the Ashmolean's collection. 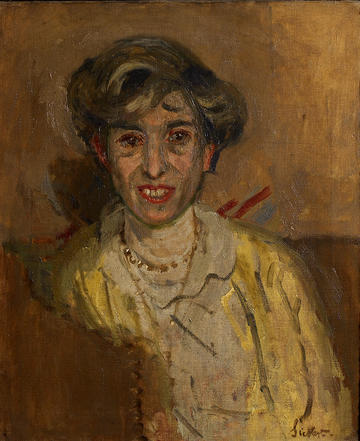 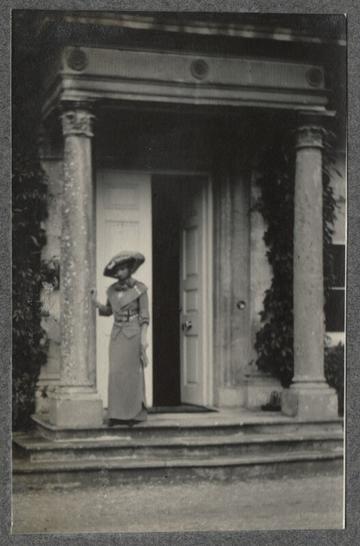 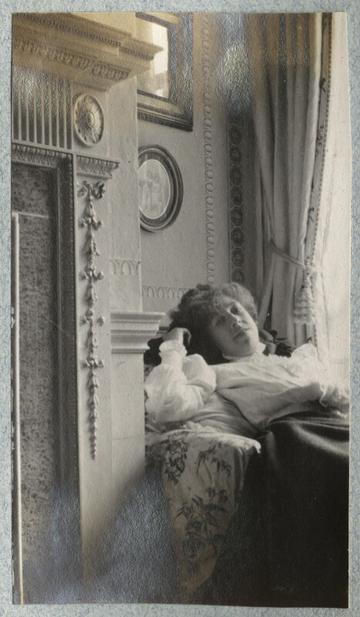