ARTS OF THE 18TH CENTURY

ARTS OF THE 18TH CENTURY GALLERY

This gallery displays works from the time of William and Mary’s accession to the British throne in 1689 to Napoleon’s defeat at Waterloo in 1815. The court at Paris and Versailles set a spectacular example of refined taste until the French Revolution in 1789 brought a dramatic end to the era in France.

Meanwhile in England the Staffordshire potter Josiah Wedgwood and the Birmingham metalwork entrepreneur Matthew Boulton created fashionable objects to satisfy the demand for neo-classical taste as promoted by architects such as Robert Adam. Examples of these are in the display case to the left as you enter the gallery.

The case on the far wall displays a collection of elaborate gold and enamel boxes. These were status symbols for both 18th-century men and women and were used by men for storing snuff and by women for various toiletries including beauty patches. A case on the opposite wall contains a collection of equally elaborate French porcelain boxes which were used for the same purpose.

Several paintings by well-known portrait artists of the time are hung here including Thomas Gainsborough’s enchanting study of his young daughter Margaret, dressed in peasant clothes, gleaning corn. On the opposite wall hang four works by Sir Joshua Reynolds including a full-size oil sketch of the virtue ‘Charity’ as part of his commission for the design of stained glass windows for New College Chapel, Oxford. The model was the well-known actress of the day, Mrs Sheridan.

The porcelain figures displayed in the central cabinet were not ornaments in the conventional sense but were actually table decorations to be used for the dessert course of 18th-century dinners (the European Ceramics gallery displays a table laid for this purpose). Until the early 18th century these figures would have been made of sugar paste with gum tragacanth, however a modeller at the Meissen factory struck on the idea of making them of porcelain leading to spectacular and lasting results. 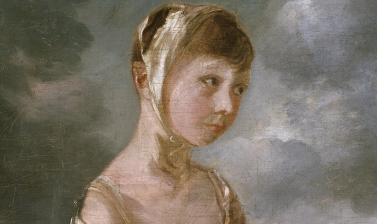 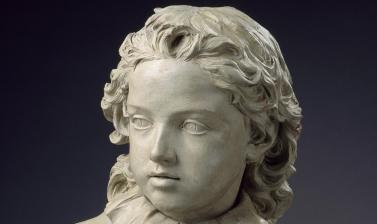 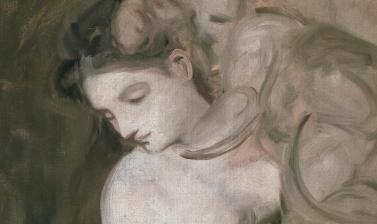 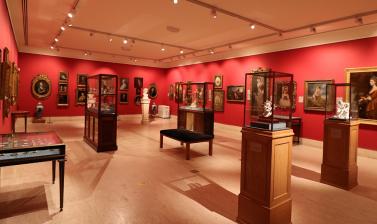 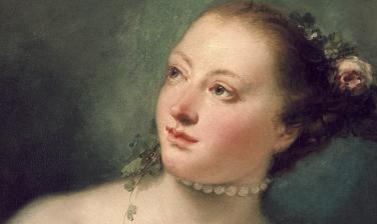