This gallery showcases works from the Baroque style which developed in Italy from about 1600. Artists explored realistic and expressive modes in painting and sculpture while some favoured an idealised type of art based on a close study of the antique. Works are often charged with intensity and dynamism and often would capture a specific moment in time.

With its classical heritage, Rome was a magnet for artists and collectors. Italian and north European artists, including Pietro da Cortona, Nicolas Poussin and Claude Lorrain, moved to the capital to promote their careers with wealthy patrons competing to assemble splendid art collections. Claude Lorrain’s (1604/5–1682) Landscape with Ascanius Shooting the Stag of Sylvia hangs here. Claude’s beautifully composed landscape is based on his studies of the countryside around Rome and demonstrates why he is regarded as one of the greatest landscape painters of all time. It was commissioned by Lorenzo Onofrio Colonna (note the columns which feature in the composition – a play on the client’s name) and was Claude’s last work.

Rome was also a major centre for commissions from the Catholic Church and several works on display in the gallery may have been altarpieces. Van Dyck’s graphically bloody Deposition is a highly emotive piece while José Antolinez’s Immaculate Conception, on the end wall, with the Virgin Mary surrounded by a sea of cherubs, has a more ethereal tone and would have prompted a different kind of reaction from the worshipper.

The marble bust of the great 17th-century architect Sir Christopher Wren (1632–1723) is by Edward Pierce who worked for Wren as a sculptor on many of his projects, including St Paul’s Cathedral. It epitomises the spirit of the High Baroque style in its intensity and vitality and captures the mercurial genius of Wren unlike any other portrait of him.

The small ivory carving of Venus and Cupid by the young German artist, Georg Petel (1601/2–c. 1634) is a superbly accomplished piece of carving from a single elephant tusk. 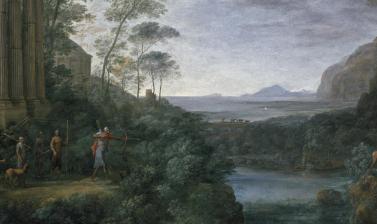 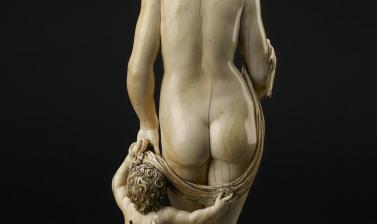 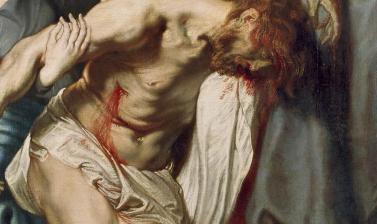 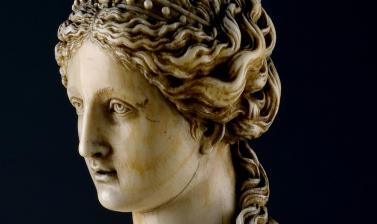 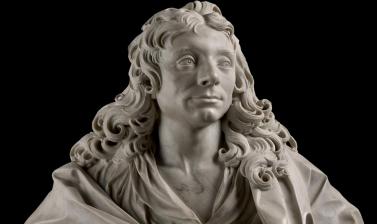