The Khoan and Michael Sullivan Gallery

Although China is the size of a continent its single writing system gave it a degree of cultural unity, enabling communication across time and distance. By the Song dynasty the civil service exams opened positions of power to those beyond the ruling elite. Innovations in navigation, agriculture, mining and printing defined the age and led to widespread prosperity and greater social mobility. As a result the Song dynasty laid a foundation for culture and society for the next millennium.

As you enter the gallery you will find a comprehensive display along one wall showing the development of ceramic technology in China from Tang highfired wares through Song greenwares, black wares and white wares to Yuan and early Ming types and finally a group of mid-Ming to late-Qing porcelains with their value as exports to Europe.

The cult of collecting and connoisseurship in China is shown in the displays to your right as you enter the gallery from the Japanese galleries. Chinese emperors began the trend of collecting but by 1100 civil servants, scholars and merchants were also keen to acquire works of art in various mediums. Some of the items displayed are captioned with quotations from contemporary or later texts commenting on the appearance, value or social prestige of the objects.

The low case opposite this display shows other examples of collectable luxury items, all showing a high level of craftsmanship. Snuff bottles were very popular and there are some charming examples here. Other intriguing artefacts include ornate cricket cages and bags, designed to hold the prized insects respected for their ‘singing’ and fighting prowess.

The rear of the gallery features a full-height case for paintings and calligraphy, showing the importance of art and scholarship as the basis for artistic, literary and political life in China.

Another section of the gallery focuses on religion with a group of Buddhist sculptures but dominated by the 13th-century seated bodhisattva. This figure would have occupied a central position towards the rear of a temple hall and was made out of 13 sections. It was fitted together using mortise and tenon joints, the technique used in furniture and building construction. 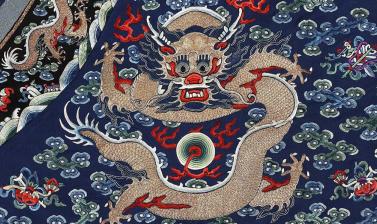 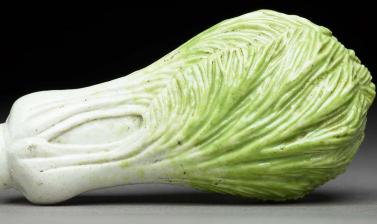 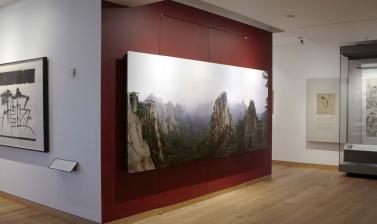 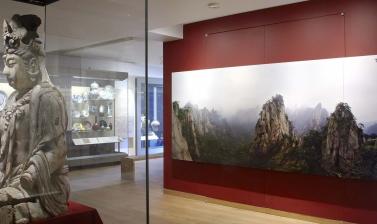 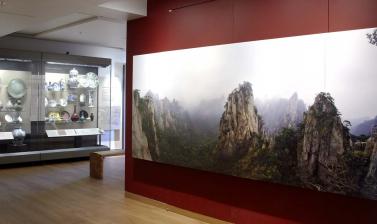 Want to view the other galleries on the Second floor?