In the early AD 600s a new religion, Islam, was established by the Prophet Muhammad among the peoples of the Arabian Peninsula. Within a hundred years, the Prophet’s successors had extended their political, religious and cultural influence to a vast region stretching from Spain to the Indus valley. In a few generations, Muslims reached East Africa, Southeast Asia and China along the trade routes.

The Sultan Abdul Aziz al-Saud Gallery exhibits a selection of artefacts made in the Islamic world during a period of more than 1,000 years. The objects on display come from as far west as Southern Spain and as far east as Central Asia.

A wide variety of ceramics, metalwork, works on paper, wood, ivory, glass and textiles dating from the AD 600s to the 1800s is displayed in thematic showcases along the walls of the gallery. The central cases, on the other hand, are completely devoted to the extensive ceramic collection which constitutes the backbone of the Ashmolean Islamic holdings. The range of objects in these central cases illustrates technological developments in ceramic production over the centuries, highlighting the variety of decorative techniques and styles in use and the cross-cultural influences between Middle Eastern and Chinese potters. The cross-cultural link is further stressed by the fact that by looking up from this double-height gallery you can see cases from the galleries of European Ceramics on one side and ceramics from the Chinese gallery on the floor above.

A high-level projection of images showing an architectural journey through the Islamic Middle East, and a contemporary floor-to-ceiling screen – inspired by the elaborate grilles commonly found in the architecture of the Islamic lands – are also features of this gallery. 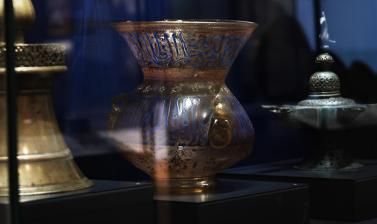 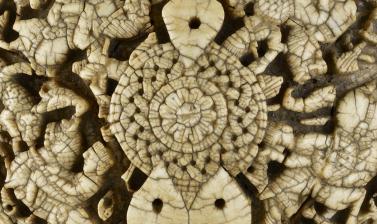 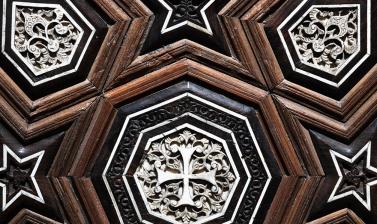 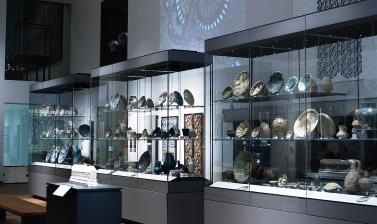