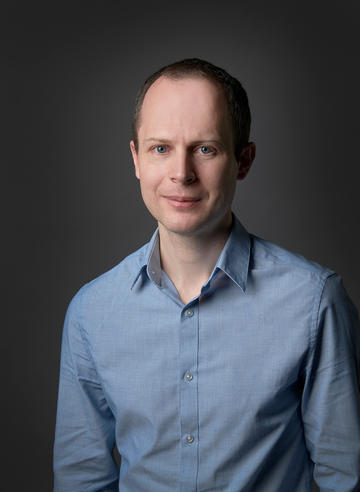 Research summary
My research focuses on the material culture of Bronze Age Crete. I am particularly interested in depictions of animals and what these tell us about Minoan human-animal relations. Since 2005 I have been involved in an archaeological survey at Knossos (the Knossos Urban Landscape Project) from which I am currently studying the Middle Minoan material.
Another research interest is the archaeological activities of soldiers during the First World War Macedonian Campaign. I have recently published the British Salonika Force collection now in the British Museum.

My role as curator involves the display and digitisation of the Aegean Bronze Age and Classical Greek collections and their accompanying archives (including the Sir Arthur Evans archive). I welcome research enquiries on these areas.

CV
Andrew Shapland is Sir Arthur Evans Curator of Bronze Age and Classical Greece at the Ashmolean Museum. Before joining the Department of Antiquities in 2018 he was Greek Bronze Age Curator at the British Museum for nearly 10 years. As an undergraduate he studied Archaeology and Anthropology at Cambridge before moving to the UCL Institute of Archaeology for postgraduate studies, receiving his PhD in 2009. He remains an Honorary Lecturer at UCL. He sits on committees of the British School at Athens and Institute of Classical Studies and was formerly on the Council of the Hellenic Society. He is currently the editor (with Yannis Galanakis) of Archaeological Reports.

2014. with A. Kanatselou. Eustratios Pelekidis and the British Salonika Force Museum. In E. Stefani, N. Merousis & A. Dimoula (eds) A Century of Research in Prehistoric Macedonia 1912-2012, Archaeological Museum of Thessaloniki, 91-100.