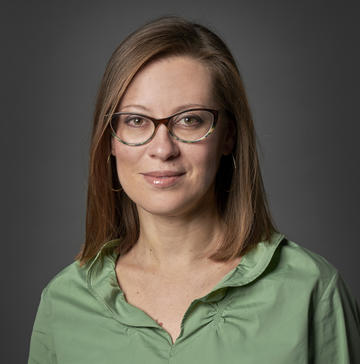 Research summary
I am an art historian specialising in Islamic Middle East with a focus on the Persian-speaking world. My interests include book arts; cross-cultural exchanges between the Islamic world, Europe and Asia; the history and circulation of technologies; and contemporary art from the Middle East. I am also drawn to underrepresented or little-studied subjects including, more recently, occultism and divination. I look at objects as points of departure and often use them to pursue larger questions as well as to explore the broader cultural landscape that produced and consumed them. While I work on a range of media, my primary areas of expertise are illustrated and illuminated manuscripts and metalwork.

CV
Francesca Leoni has been curator of Islamic art at the Ashmolean Museum since 2011 (Yousef Jameel Curator, 2011–16). Prior to this she held curatorial and research posts at the Museum of Fine Arts, Houston (2008–11), Rice University (2008–10) and the Metropolitan Museum of Art, New York (2007–8). Dr Leoni received her Laurea Degree in Oriental Languages and Civilisations from the Istituto Universitario L’Orientale di Napoli (1999), and her MA and PhD from Princeton University (2005, 2008). Dr Leoni’s research has been supported by the Leverhulme Trust, the Barakat Trust and the Art Fund, amongst others. In 2009 she was the recipient of the Best Dissertation in Iranian Studies by the Foundation of Iranian Studies.

2019 The Illusion of an Authentic Experience’: A Lustre Bowl in the Ashmolean Museum,” with Dana Norris, Kelly Domoney, Andrew Shortland, Moujan Matin, Muqarnas 36.

2016 Power and Protection: Islamic Art and the Supernatural, with essays by Christiane Gruber, Francesca Leoni and Pierre Lory and contributions by Venetia Porter and Farouk Yahya (Oxford: Ashmolean Museum)

2012 On the Monstrous in the Islamic Visual Tradition, in The Ashgate Research Companion to Monsters and the Monstrous, eds. Asa Mittman with Peter Dendle (Farnham, Surrey; Burlington, VT: Ashgate), 151–72

In 2015 Dr Leoni was awarded a 2-year Research Project Grant by the Leverhulme Trust to investigate the impact and implications of divination on pre-modern Islamic visual and material cultures. Her research project has already produced a number of outcomes including the critically acclaimed exhibition ‘Power and Protection: Islamic Art and the Supernatural’, held at the Ashmolean Museum between October 2016 and January 2017, and a 3-day international conference on Islamic occultism whose volume of proceedings is currently under review by Brill.