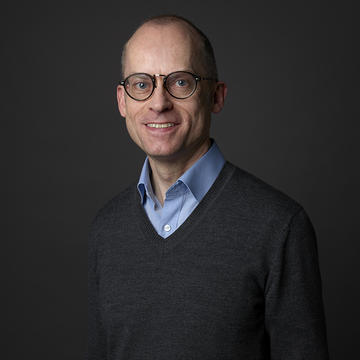 Research summary
My research interests centre on the archaeology and material culture of ancient Iraq and Iran with a specialism in the Uruk-Early Dynastic periods (4th–mid-3rd millennium BC) and the Neo-Assyrian period (approximately 900–600 BC). I work especially on visual representation in Mesopotamia, its relationship to the written record, and the transmission and adoption of artistic forms across the Near East. Other areas of interest include the role of museum displays in shaping disciplinary knowledge and the history of collecting. I welcome research on these areas as well as on the Ashmolean’s superlative Ancient Near East collections by both students and outside researchers.

CV
Paul Collins is Jaleh Hearn Curator of Ancient Near East in the Department of Antiquities at the Ashmolean and is currently a Hugh Price Fellow at Jesus College and holds a supernumerary Fellowship at Wolfson College. He has worked previously as a curator in the Middle East Department of the British Museum and the Ancient Near Eastern Art Department of the Metropolitan Museum of Art, New York. He received his PhD from the Institute of Archaeology, University College London, and a PGCE from London University’s Institute of Education. He is currently Chair of the British Institute for the Study of Iraq.

2012. From Mesopotamia to the Met: Two Assyrian Reliefs from the Palace of Sargon II, Metropolitan Museum Journal 47: 73–84.

2010. Attending the king in Assyrian reliefs. In A. Cohen and S. Kangas (eds.) Assyrian Reliefs from the Palace of Ashurnasirpal II: A Cultural Biography, Hood Museum of Art: 181–97.

2008. From Egypt to Babylon: The International Age 1550–500 BC, British Museum Press/Harvard University Press