Curator of South Asian and Far-eastern Coins and Paper Money 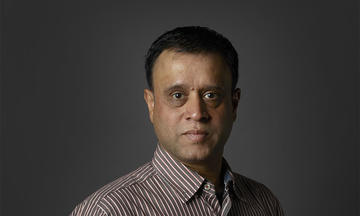 Research summary
Indian Numismatics and Monetary History is my key area of research. My contributions span a wide chronological range, from c.500BC- the present, although the areas I am more interested in are Ancient India (c.500BC-AD500) and pre-Modern India (c.AD1500-1900). I contextualize coins into wider historical themes involving ecomonic, social, political and religious histories. Currently, I am working on the complex subject of unofficial copper coinages in pre-Modern India, a topic which I find tremendously significant yet overlooked. Produced at the cusp of industrial and pre-industrial monetary production, circulating widely across the Indian subcontinent, and consumed chiefly for mall value monetary transactions, these copper coins constitute one of the main fulcrums of our understanding of the role of monetary exchange media in complicated historical processes like Colonization. My most recent research contributions include varied topics such as a study of plants and foliate motifs on Indian coins, a reappraisal of indigenous coinage in Gandhara, the coins of Satavahana and other dynasties in the river basin regions of Andhra Pradesh, numismatic reflections of Shahjahan’s campaign in Central Asia and prize-medals of the Parsi community of Mumbai. I regularly contribute to journals such as the Numismatic Digest and the Journal of the Oriental Numismatic Society. One of my long-term research goals is to write a three-volume history of the Rupee. In the next year or two, I am exploring possibilities of starting a project on exploring the coinage of the Huns as a source for cultural and religious history of the Indo-Iranian borderlands. As part of my job as a museum curator I am also actively interested in presenting coins as an engaging visual source for understanding the Past.

Biography
Shailendra Bhandare is Assistant Keeper, South Asian and Far-eastern Numismatics and Paper Money Collections, a Fellow of St Cross College and a member of Faculty of Oriental Studies. He started his career as a Numismatist with a visiting fellowship at the Fitzwilliam Museum, University of Cambridge. He was then appointed as a post-doctoral fellow of the Society for South Asian Studies, and worked as a curator in the British Museum on the coins of Later Mughals and the Indian Princely States. He was appointed as curator of coins in the Ashmolean Museum in 2002.

He was born and brought in Mumbai, India where he received his first degree in Pharmaceutical Sciences. He holds a Masters degree in History and a Doctorate in Ancient Indian Culture awarded by the University of Mumbai.

2016 Money and the Monuments: Coins of the Sada dynasty in the Coastal Andhra Region in Amaravati: The Art of an Early Buddhist Monument in Context, eds. Akira Shimada and Michael Willis, The British Museum Research Publication 207

2005-2006 Political Transition in Early 5th Century Gujarat: a Numismatic Reappraisal Based on Silver Issues of the Western Kshatrapas, the Guptas and their Contemporaries in Numismatic Digest, vol.29-30, p.69-109