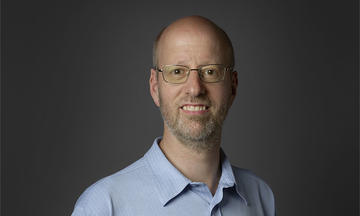 Research Lecturer in Greek Coinage
Research summary
My main research interest is the Roman Provincial coinage of the Antonine Period – the time from the accession of Antoninus Pius to the death of Commodus (AD 138–192).  During that period around 380 cities (and other institutions) issued coins, representing an enormously rich resource for the study of the cultural, religious, political, economic and administrative history of the Roman Empire. My work on this vast topic, which I began in 1993 with my doctorate at the University of Oxford, will result in a standard typology of the provincial coinage of the Antonine period and be published as the fourth volume of the Roman Provincial Coinage (RPC) series. A temporary version of the catalogue has been made available since 2006 through the innovative RPC Online website. How the material can be used has been demonstrated through a book entitled Coinage and Identity in the Roman Provinces, which I co-edited.
Together with Stanley Ireland and Philip Kinns I am also working on the publication of the Greek coins of Ionia in the Ashmolean Museum as a Sylloge Nummorum Graecorum volume. Finally, as curator of Greek and Roman provincial coins I am involved in the digitising of the museum’s collection to make coin images and descriptions freely available via the Heberden Coin Room’s WebApp.
CV
Volker Heuchert is the curator of Greek and Roman Provincial coins at the Ashmolean Museum. As Research Lecturer in Greek Coinage he lectures on the subject. He also teaches Greek coinage to undergraduate and graduate students.
Volker received his education at the Heinrich-Heine Universität Düsseldorf and the University of Oxford. From 1994 to 2002 he studied the Roman Provincial coinage of the Antonine period (AD 138–192) as part of a seven-year project funded by the Arts and Humanities Research Council (AHRC). In 2002 he became Collections Manager of the Heberden Coin Room and was heavily involved in the re-development of the Ashmolean Museum. Volker has held his current position since late 2012 and is on the committee of the Sylloge Nummorum Graecorum project of the British Academy.
Featured publication
2005 Coinage and Identity in the Roman Provinces with C. Howgego and A. Burnett (eds) (Oxford)
Featured projects
Roman Provincial Coinage (RPC) Online
Heberden Coin Room, Collection of Greek and Roman Provincial coins
Sylloge Nummorum Graecorum Project of the British Academy