The idyllic life of the daughters of Pharaoh 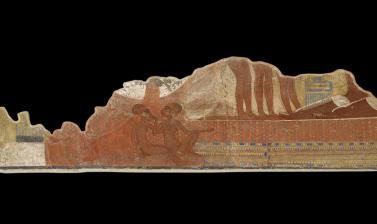 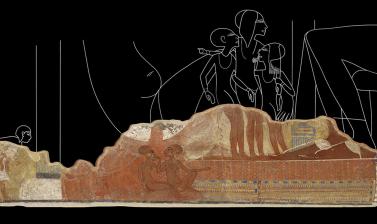 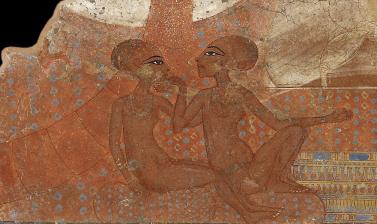 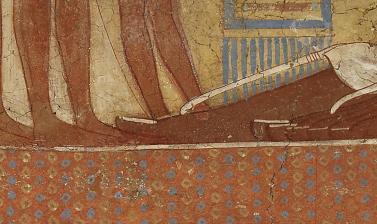 Within a few years of Amenhotep IV (about 1345–1335 BC) becoming king of Egypt, he broke with religious and political tradition and focused worship on the sun as a creative force called the Aten. Changing his name to Akhenaten, ‘He who is beneficial to the Aten’, the king built a new capital city called Akhetaten, ‘The horizon of the Aten’ (now known as Tell el-Amarna), where he lived with his queen, Nefertiti, and their six daughters.

The informal theme of palace life at Akhetaten is beautifully conveyed in the so-called ‘Princesses fresco’. This fragment of wall painting is the lower part of a scene depicting Akhenaten and Nefertiti relaxing with their daughters, two of which are sitting casually on floor cushions in the foreground. The red sash of Nefertiti’s dress falls behind them, and to the right are Akhenaten’s sandaled feet. Between them stand three more daughters; the sixth daughter was probably shown seated on her mother’s lap, as suggested by a surviving fragment depicting a baby’s hand. The style and subject of this painting are in direct contrast to conventional Egyptian art and reflects the revolutionary character of the period.

The painting was made on a thin layer of gesso – powdered gypsum mixed with a glue – applied to mud plaster on a brick wall. It was excavated by William Flinders Petrie in the 1890s. He discovered that the wall had been much damaged by ants and its preservation is a tribute to Petrie’s remarkable skills as an archaeologist.