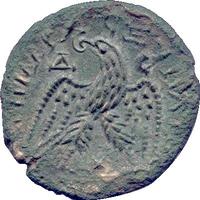 Reverse of Provincial bronze coin struck at Antioch on the Orontes dated from Elagabal, HMA 19992/110

ROCCAA is a Marie Skłodowska-Curie Research Fellowship funded by the European Commission which aims to study Roman coin circulation in the Ancient Kingdom of Armenia from the first century BCE until the fall of the Armenian Kingdom in 428 CE.

Strikes of Armenian coinage decreased sharply at the end of the first century BCE even though new finds have revealed that Armenians carried on striking coinage. As a result of the lack of monetary liquidity and the small number of strikes, Parthian (later Sassanian) and Roman coinages spread over the Armenian Kingdom. This project will study the evolution, purpose and the impact of the incursion of Roman coinage among Armenian, Parthian and Sassanian coinages which occurred as a result of the shortage of Armenian coinage strikes, and its impact on the history of Armenia more broadly. This interdisciplinary approach attempts to improve our general understanding of Armenian, Parthian/Sassanian and Roman history ​through a new approach in the field of Armenian studies.

Studying concrete data through numismatics breaks away from traditional Armenian studies. Due to the lack of Armenian contemporary testimonies and the lack of consideration given to Armenian historian Movsēs Xorenac'i, the history of the Armenian Kingdom has always been viewed through the lens of Roman and Greek literature. This project is considered as a first step of a wider project to create an interdisciplinary team regarding the Greater Armenian Kingdom in order to bring a new strong basis  ​for the knowledge of material culture dated from this era and discovered within this territory. 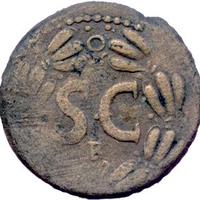 Reverse of Provincial bronze coin struck at Antioch on the Orontes dated from Trajan, HMA 20114/9

- To study the introduction, development and impact of Roman coinage on the competing Parthian and Sassanian coinages which also circulated in the Armenian Kingdom;

- To promote a better understanding of the ​hi​story of Armenia​ and Rome's ambitions, as well as Parthian​ and Sassania​​n​ ambitions to extend their influence over the Armenian Kingdom;

- To fill the knowledge gap about monetary policy in coin circulation within the Armenian Kingdom and more generally Roman monetary circulation and coin mintings in the Roman East;

- To lay the foundation for a future research project on monetary circulation on a wider regional scale.

- To break away from Ancient Armenian studies by introducing new archaeological data to a field which is usually studied through literature.

This project ROCCAA has received funding from the European Union’s Horizon 2020 research and innovation programme under the Marie Skłodowska-Curie grant agreement No 892180.

Coin Hoards of the Roman Empire