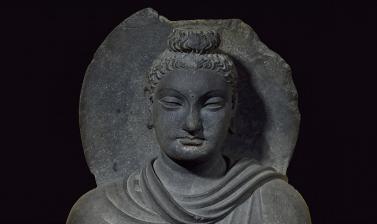 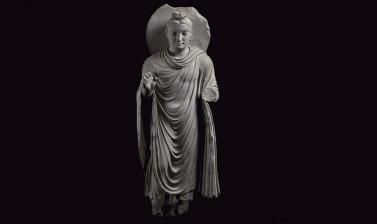 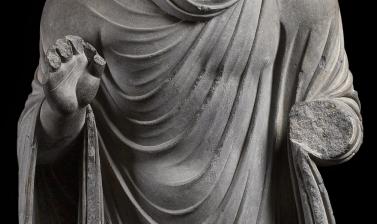 Siddhartha Gautama was born into a royal family during the 6th or 5th century BC in present-day Nepal. As an adult, Siddhartha achieved a state of higher spiritual understanding or Enlightenment. From that point on he was known as the Buddha – ‘Enlighted One’ – and he began to teach people about a path to salvation. After the Buddha’s death, his pupils continued to spread his teachings but it was not until the early centuries AD, as shown by this standing figure, that he was represented in sculpture.

The figure belongs to an artistic tradition that emerged in Gandhara, the modern regions of Pakistan and eastern Afghanistan. Intended for a monastic shrine, the sculpture is very finely carved in a typical grey stone (shist). The stylistic debt of Gandhara’s sculptors to earlier Greco-Roman images can be seen in the classical treatment of the Buddha’s head, ultimately based on that of Apollo, and the naturalistic, toga-like modelling of the folds of the monk’s robe. These follow the contours of the body and create strong rhythmical curves of alternating light and shadow. The ushnisha, or top-knot, protrudes from the Buddha’s hair, a reminder that he was of the warrior caste who wore their hair uncut and gathered under a turban. The Buddha’s head is set against a nimbus, a device of Middle Eastern origin, here alluding to his transcendent nature. In a temple context, this image would have been painted and gilded; tiny flecks of gold are still visible around the mouth and chin. 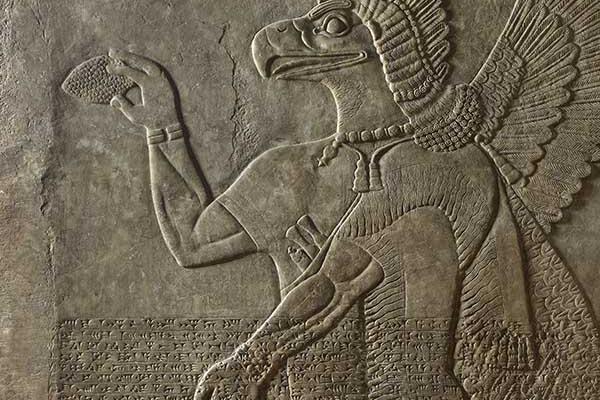