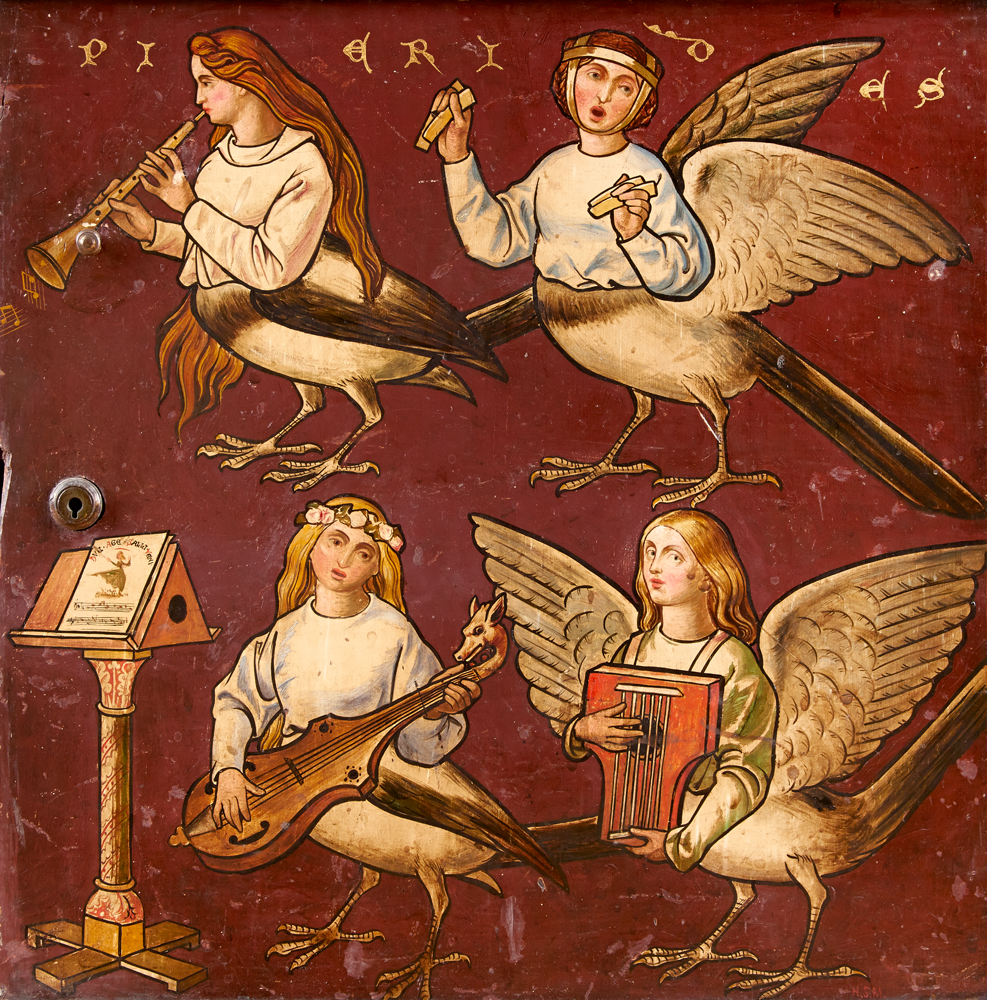 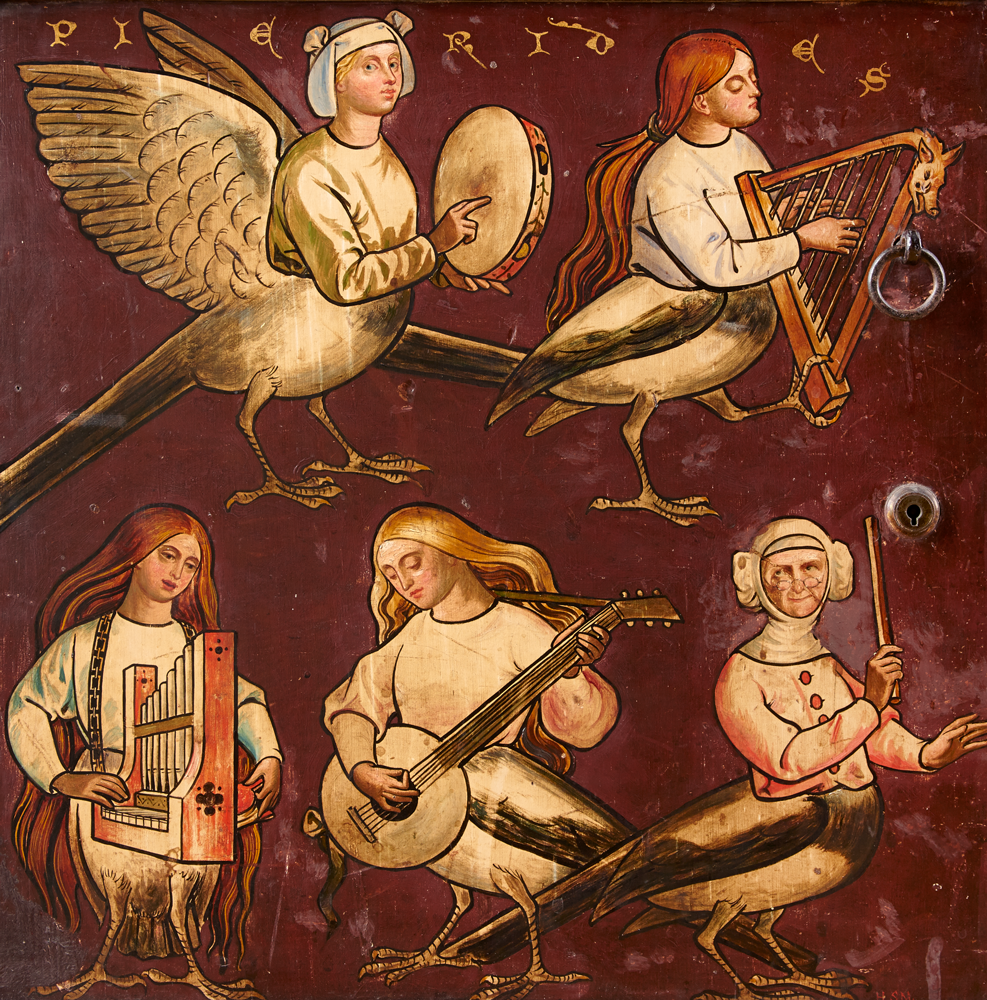 Enormous, elaborate and highly decorated, the Great Bookcase was made to hold art books in the London office of William Burges (1827–81), the eminent Victorian architect and designer. Henry Stacy Marks (1829-1898) was one of a number of young artists asked by Burges to help paint it between 1859 and 1862.

On Burges’s suggestion Marks decorated a section near the base of the cabinet with figures from Greek mythology, including a concert of the Pierides.

In Greek mythology the Pierides were the nine daughters of King Pieros of Emathia who lived in Macedonia, north of Greece. The Pierides challenged the Muses to a contest of song, judged by the nymphs. The Muses won the contest and then turned their challengers into chattering birds. 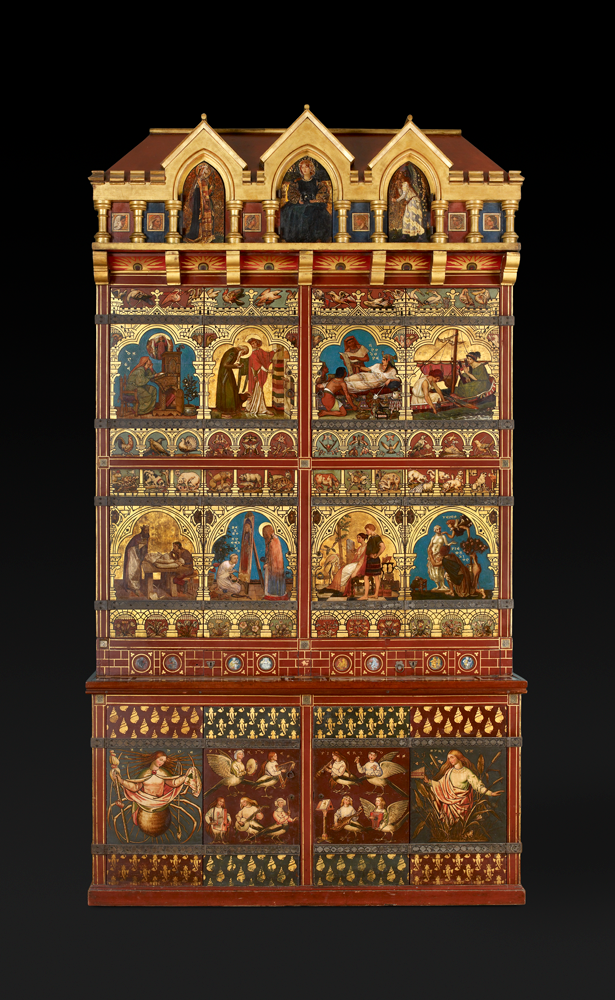 Find out more about the Great Bookcase by William Burges