Journeying to an afterlife 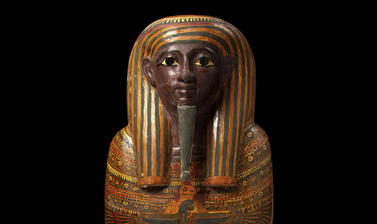 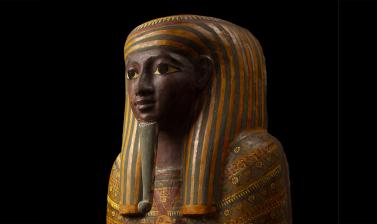 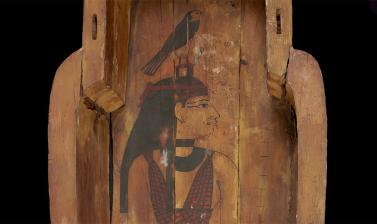 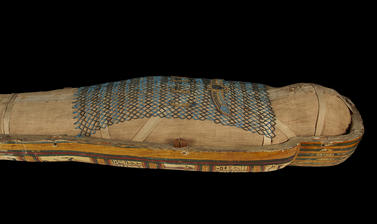 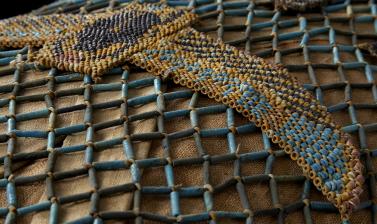 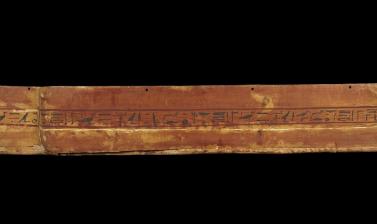 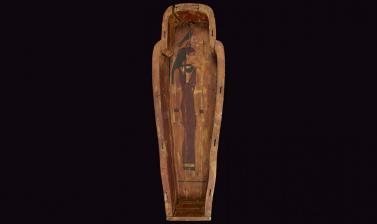 Djed-djehuty-iuef-ankh (whose name means ‘The god Thoth says “May he live”’) was a member of a family of priests from the city of Thebes, where he served the warlike god Montu. This spectacular nest of three coffins containing his mummy was found in 1895, together with that of his mother, buried within the grounds of the temple at Deir el-Bahri.

The outermost rectangular coffin has a vaulted lid, symbolic of the sky. Painted wooden figures of falcons representing the sky-god Horus sit on the posts of the outer coffin, which represent the supports that were believed to hold up the sky above the earth. A painted statuette of a jackal representing the god Wepwawet, who guarded the dead and led them to the Afterlife, sits at the foot of the outer coffin lid. Inside the rectangular coffin are two anthropoid (mummy-shaped) coffins, each with a human head wearing a striped wig, a beaded collar and a beard. The innermost coffin holds Dejed-djehuty-iuef-ankh’s mummy, which is covered with a network of faience beads.

When ancient Egyptians like Djed-djehuty-iuef-ankh died they believed that they would undertake a journey to the afterlife. Complex funeral preparations and rites were thought to be needed to ensure this happened safely. Examining his body using CAT scans revealed that Djed-djehuty-iuef-ankh’s internal organs, including his heart, have been removed and replaced with a homogenous material, perhaps sawdust, before the mummy was wrapped in multiple layers of linen bandages. A collection of small amulets were included below his chin, intended to protect Djed-djehuty-iuef-ankh’s mummy in the underworld.

Discover this Ancient Egyptian survival guide with your family