This major exhibition brought together works by two giants of 20th-century western art renowned for creating unforgettable images of the human figure. With over 60 works on display – some of them rarely seen in public – this show presented Bacon’s paintings alongside Moore’s sculptures and drawings to reveal surprising parallels in the work of these two great artists.

Despite working in different media, Bacon and Moore were exhibited together from the end of the Second World War into the 1960s. This new exhibition aimed to bring a fresh perspective to these two artists, highlighting the important influences and experiences which they shared and exploring specific themes in their work. Bacon, regarded as one of the 20th century’s greatest painters, was fascinated by sculpture and his art is fundamentally sculptural in the way in which, uniquely amongst major modern painters, he evokes three dimensional figures in space. Moore internationally renowned for his sculptures, was an excellent draughtsman and the exhibition includes a group of the poignant shelter drawings that first brought him fame as a war artist in the early 1940s.

With the majority of the works dating from the 1950s and 1960s, this was one of the most ambitious exhibitions to be held at the Ashmolean. 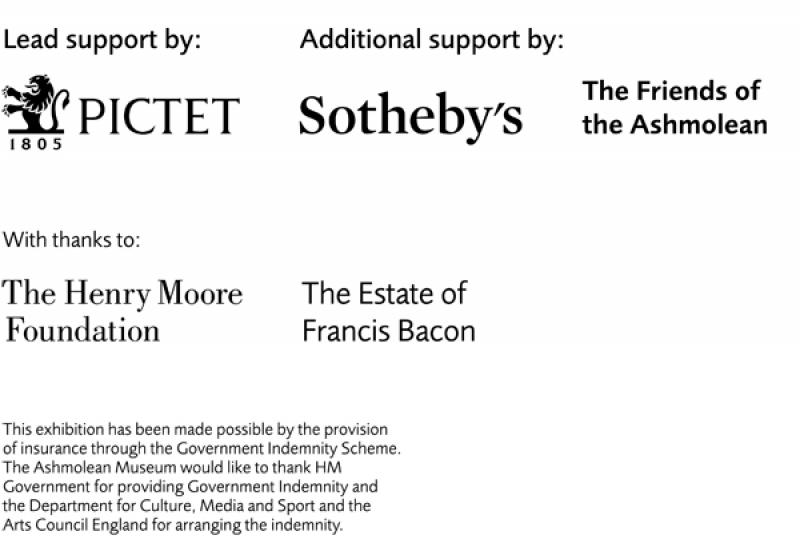