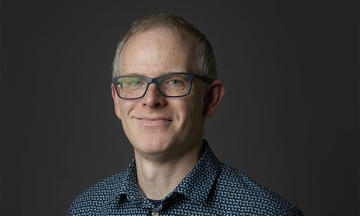 Research summary
My research interests focus primarily on the archaeology of early medieval north-western Europe (5th–10th centuries AD), especially around the North Sea littoral. A long-running theme in my research has been the interpretation of archaeological finds with respect to the early medieval economy, its nature and organisation, and the involvement of different actors within these networks. The role of proto-urban settlements (emporia) has been a core feature of this research leading to work on connectivity in the North Sea world, especially in the coastal landscapes of southern England. Within this broad frame, I have worked extensively on the archaeology of early-medieval coinage and coin use, from both its economic perspective and its use within non-economic contexts such as burials.

My other major research focus relates to archaeologies of hoarding and deposition from later prehistory to the end of the 1st millennium AD, and theories relating to their interpretation. My recent work in this area has focused toward the re-evaluation of early-medieval material, and I am currently working on the 9th-century Watlington Hoard.

CV
John Naylor is the National Finds Adviser for Early Medieval and Later Coinage, part of the Portable Antiquities Scheme which records archaeological objects found by members of the public. He also runs the Museum’s Coin and Archaeological Object Identification Service and is director of the project 'An Iron-Age to Post-Roman Landscape on the Berkshire Downs'.

Following work in field archaeology, his doctoral research at the University of Durham (1997–2002) explored early-medieval trade. From 2004–7 he undertook postdoctoral research on the Viking and Anglo-Saxon Landscape and Economy Project with Professor Julian D. Richards (University of York) analysing landscapes through metal-detected finds before taking up his current role at Oxford. He has published widely including 'An Archaeology of Trade in Middle Saxon England' and 'Hoarding and the Deposition of Metalwork from the Bronze Age to the 20th Century'. A popular book King Alfred’s Coins: the Watlington Viking hoard was published in 2016.